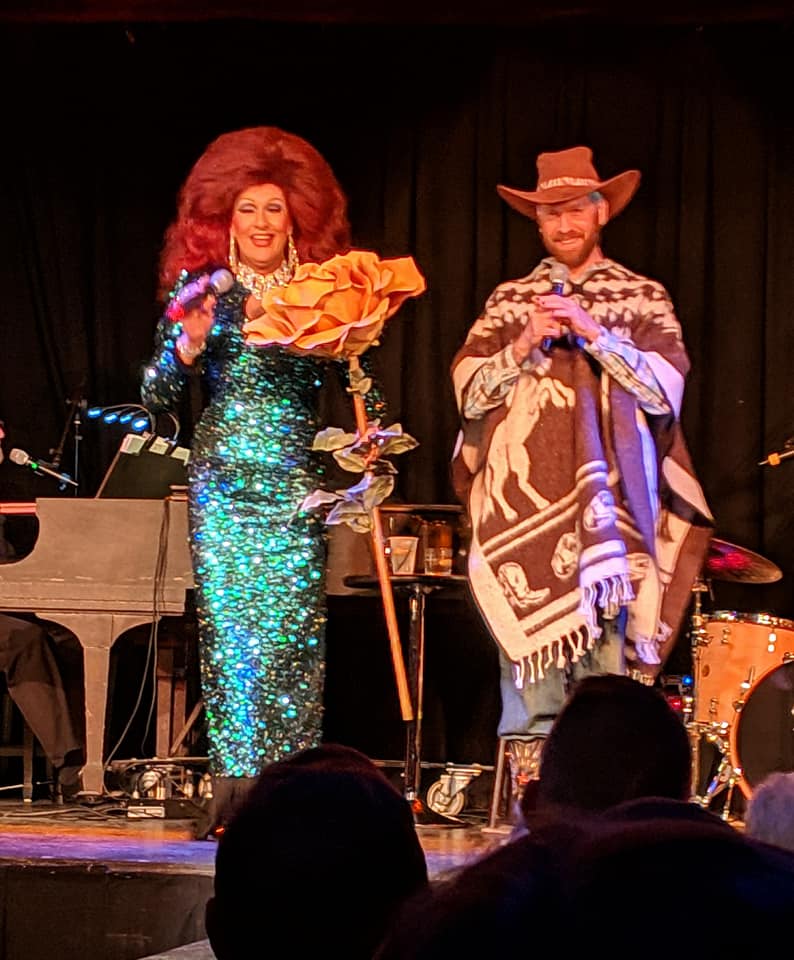 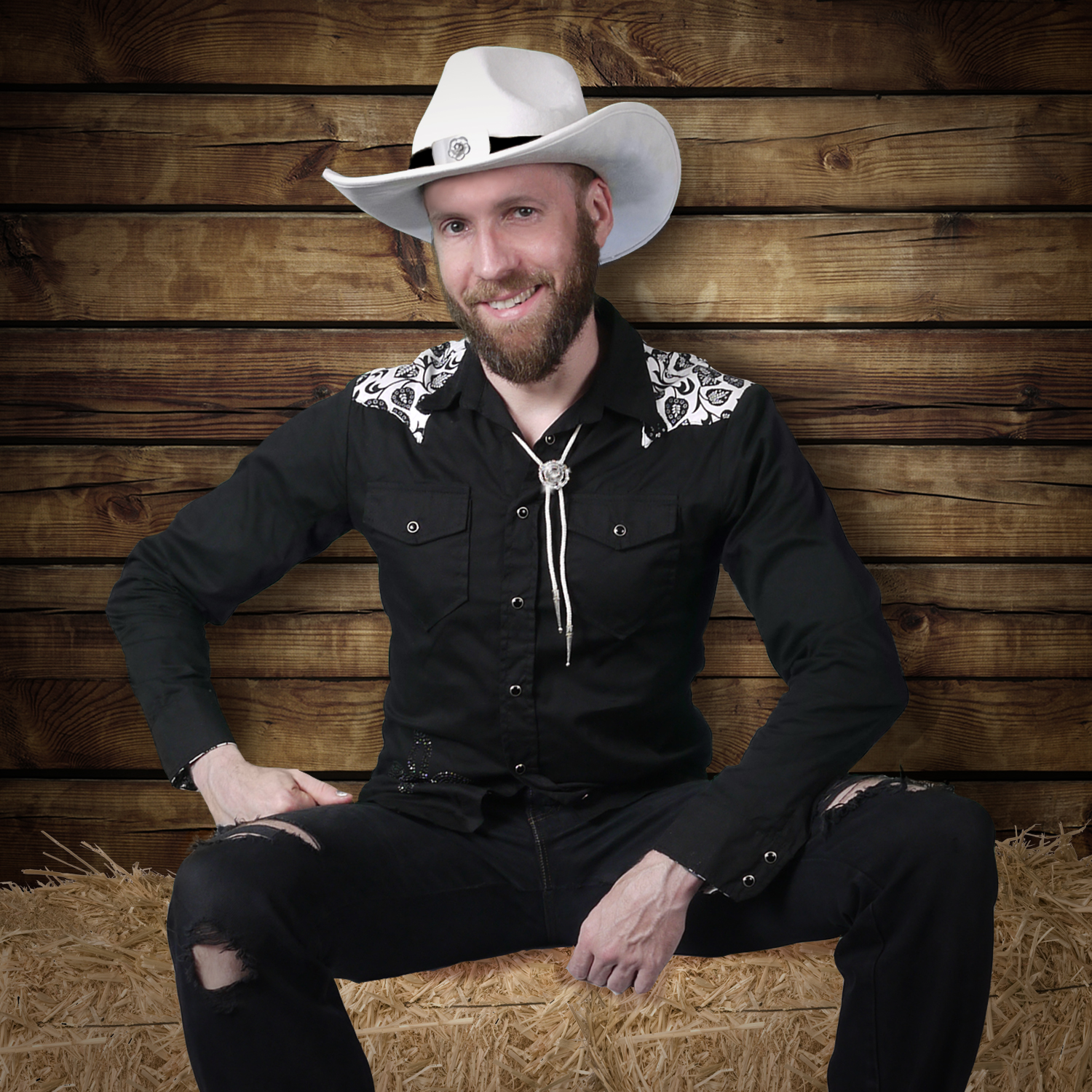 “Mammas, don’t let your babies grow up to be cowboys…” – unless they are as HOT as my friend Steven Satyricon! Steven was absolutely a force of nature onstage in our Oasis Country Roads show. Classic cowboy suits his very natural, sharp-shooter stage presence and easy, laid-back voice. In fact, there would have been no country music show for Vanessa had Steven not suggested it to me some time ago. I told him “I can’t sing country…I’m a proper singer!” And laughingly he replied, “Oh Vanessa, you are also a great storyteller – and that’s what country is all about.” I am so glad I listened to my Cowboy Satyricon’s advice and expanded Vanessa’s repertoire and performance genre range. Steven, you will always be my Rhinestone Cowboy, darlin!

When Erik Chalfant sings for his supper at Martuni’s, he’ll be dressed to the nines: think cabaret legends Edith Piaf or Andrea Marcovicci. A trained singer, he sets himself apart from other drag artists with his powerful pipes. Performing began at an early age, albeit in a very different venue.

“I grew up in the Midwest, the only child of a Protestant minister,” Chalfant tells the Bay Area Reporter. “My father was a charismatic speaker and prolific author, and my mother an accomplished church organist and contralto soloist. I found myself on stage at an early age. Performing is definitely in my DNA.”

Though being gay was not encouraged in the Chalfant household, education was, and the younger Erik received exemplary music training. He holds a Masters in Voice Performance from Boston University. He calls his degree, “a living tribute to my two extraordinary parents, each with unique life stories that defy comparison.”

When he stands in the spotlight at Martuni’s, it will be as chanteuse extraordinaire Vanessa Bousay, who’s inspired by Phyllis Curtin, his beloved voice teacher. Curtin is an operatic soprano.

Vanessa Bousay has sometimes been called “the chanteuse of the Barbara Coast.” Chalfant said that his alter-ego will be doing what she loves best at Martuni’s: singing! He’ll be joined by popular local actor-singer-gogo guy Steven Satyricon and accompanist Alan Choy.

“I particularly relish the process of crafting a unique program of songs, based on some thematic inspiration,” Chalfant said. “I actually do sing in my own baritone voice, as Vanessa Bousay. Perhaps this is why my act may appear to be retro themed, as the sound of my classically trained voice does have a very distinctive timbre.”

The songs come from a wide range of musical genres. “Everything from Cole Porter tunes to ‘Let it Go’ from Frozen,” he said. “Vanessa Bousay earns her audience’s applause through quick wit, a cultivated vocabulary, and of all things, gorgeous singing!”